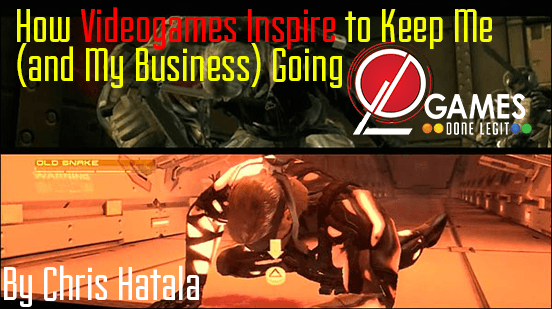 I read that some people know their whole lives they want to run their own business, they just don’t know what business. That’s about as foreign to me as collecting coins is to Sonic the Hedgehog (he stockpiles rings, dammit, not coins!).

I, like most small business owners, took something I really liked to do and figured out how to create enough value that people might pay me for it. (Fun and videogames make people happy, so the taking-care-of-people-part of Games Done Legit is great).

But unlike what came with a new Nintendo or Atari game, there’s no manual on how to successfully run and grow a business. 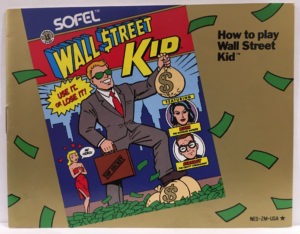 Maybe I should have played this as a kid?

I think as a part of having ADHD, no matter how many smiles and positive comments I get about our events, back at the office on Monday, it’s a lot of self-doubt.

“Is anyone else going to like my ideas?” “Do I have the discipline to do this?” “Is my business name dumb?”

Although many historical minds inspire me, when I’m very down, it’s the unique mix of art, music, emotion, and self-participation of classic videogaming that often props me up — specifically, the characters.

Videogaming forges a unique bond with you because your actions drive the experience forward. In fact, our brains imprint experiences in gaming and VR as if they actually happened to us, unlike, say, watching Star Wars. As much as you feel like you’re with Luke blowing up the Death Star, you don’t really feel like you saved the galaxy.

But when your player-character and your allies achieve victory, it feels like you were an active participant with them. And that’s apart of how videogames inspire us in a unique way. 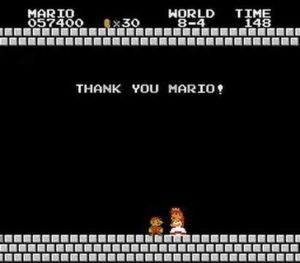 Along those lines, here are a few standout moments in gaming history that provide me with positive reinforcement and confidence to press “start” on another new day of business: 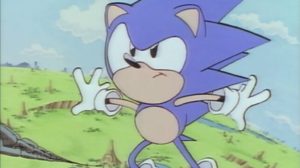 Even as a 5-year-old, I never was into Mario. (Luigi is my boy. He’s green, stays in shape, jumps higher, and isn’t constantly letting his girlfriend get kidnapped by turtles.)

So like most kids who were not cool at all, Sonic seemed like, really cool in 1991. He’s super fast, he had an edge (literally and figuratively), and he had actual serious s*** to deal with. (All his animal friends were turned into robots and his world polluted by an autocratic industrialist. You’re probably either thinking, “Hmm, who does that remind me of?” or “By 2024, maybe we’ll get to the animals-as-slave-labor part!”)

His CD theme song is about as Saturday-morning-cartoon-corny lyrically as you can get, but the wide-eyed optimism of “always takes a chance, never says he can’t — nothing can survive, the will to stay alive, if you try, you can do anything!” is really cool for a kid afraid to basically talk at school. And still cool for a man who loves Xanadu. 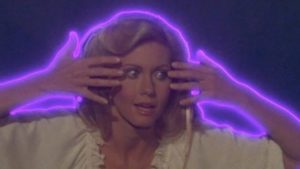 It still makes me feel like if Sonic’s bold enough to blaze his trail, I’ve got to keep up 😉

Not that your main source of inspiration should be always be a marketing department’s videogame mascot, but there are worse things to aspire you can aspire to.

Lunar is an incredibly special game in so many ways. I still carry with me its themes of doing anything for someone you love and the danger of basically being a lone-wolf asshole who thinks he knows better than everyone else.

Basically, a powerful hero grows bitter at doing the bidding of others and thinks his vision for the world is superior. Naturally, you and your plucky heroes don’t approve of total fascism, especially when he kidnaps your true love through space magic.

You finally reach his mechanical castle, which is so powerful that a knock on the door beats your ass down so hard that you finally regain consciousness miles away in the Lunar equivalent of Steelyard Commons. 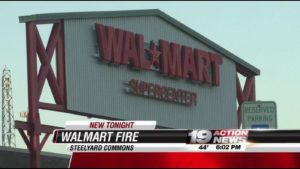 I bought a Roku Premium here the day after Black Friday, and the clerk made me wrap it in a bag to carry out of the store “for my security.” I am not making that up.

Now, think about this a sec. I’m somewhat crestfallen when an inbound lead goes “in another direction.” If you had a job where millions of lives were at stake plus your childhood sweetheart’s, and after all your hard work and prep, you basically tripped and faceplanted at the starting line, how would you feel? 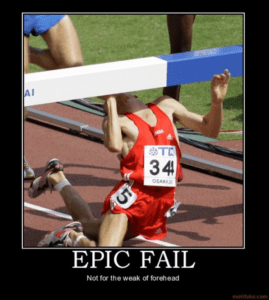 My feelings would hurt as badly as this guy’s face.

Basically, sad piano is playing as you hobble around and see your friends bedridden, despairing, and/or daydrunk.

But when the women hear that the guys they like have faced facts and resigned themselves to their fates, it fires them right up to jump out of bed and give the boys a piece of their minds. (Pretty much what happened when I met my wife-to-be.)

This isn’t from that scene, but this is the face I get in real life when I forget to wash the dishes and baby bottles.

I think we all need that outside affirmation and encouragement when things are tough.

Lunar was one of the first Japanese videogames with naturally written, conversational (and humorous) English translation, as well as the first time I ever heard a real piano in a game, and even now, its spirit sticks with me.

How Else Can the Power of Videogames Inspire Us?

So even instead of blogging about dumb crap a business is supposed to (“Here’s some pictures from the same event boring event you’ve seen 700 times! It was the best thing that’s ever happened in human history!”), I have to write about stuff I care about, feels real, and has meaning to me.

I feel like technology is alienating people from each other more and more. Ironically, that’s also part of why I continue to push with Games Done Legit.

When we’re having fun and interacting with others face-to-face, I think it helps us break down those internal walls we build to the outside world. And we start with a place of common interest (“Oh, I remember playing all these games as a kid! Let’s play some Mario Kart!”), it makes our differences a little easier to swallow — and maybe even actually talk about them.

If you’re interested in more of my writing on videogame inspiration, entrepreneurship, or how Games Done Legit is aiming to bring fun to the workplace/weddings/bar mitzvahs, etc. visit the home page! Till then,

How Videogames Teach You To Be an Entrepreneur: Part 1