Dragon Warrior can teach you about starting a business! (Part 1 here).

3. Don’t Be Afraid to Cross the Bridge It’s going DOWN once we cross that bridge – in entrepreneurship and in Dragon Warrior![/caption] In Dragon Warrior, the unknown is pretty scary. If you’re venturing into new terrain, you cross an invisible line sometimes where the class of monsters you fight is drastically above the last. Even though I quit my desk job and was making just enough to scrape by at first, I had a belief in myself and a long-term strategy that made me unafraid. I “knew” everything would work out. Even if you aren’t that sure, the important thing is to think about how we feel about failure in videogames. Seriously. [caption id="" align="alignnone" width="945"] You can’t just walk away with that crappy score, not even making it past the first level![/caption] In gaming (and this is why Minecraft is so great for kids’ development), we aren’t afraid to fail. Especially in an ’80s or ’90s retrograme, you know you’ll have to continually die so you can learn the game. In Dragon Warrior, you could stay by Tantegel Castle fighting slimes for hours, but that’s literally as fun as staring at a wall. You’re implicitly motivated to continue your quest. When you find that invisible wall and go into a new place you aren’t ready for, yeah, there’s a good chance you get clobbered or even die in a single battle. But big deal, you just respawn with half your gold (or load a save game). You can always kill weaker monsters and get more gold and experience if you aren’t ready for that area yet. Humans seek safety and comfort because we’re programmed to keep passing on our genes and stay fearful of predators. If you want to start a business, you have to understand your motivations and fears and overcome them. [caption id="" align="alignnone" width="1280"] 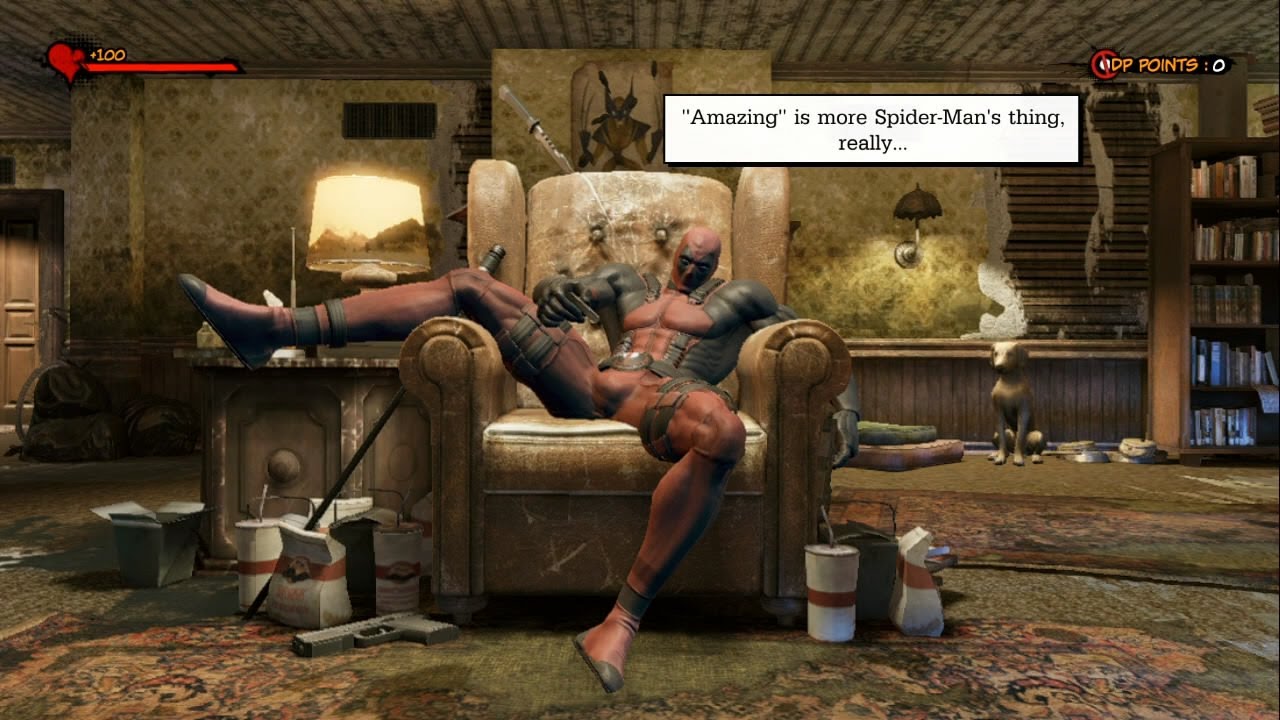 If in a videogame your character just stayed home and never did anything great — why would you even play? (Unless it’s this game.)[/caption] If your first business fails, think about what’s the worst that can happen, and also think what probably will happen. Just like in Dragon Warrior, you might have lost some money, but you’ve got more experience: Now you know what monsters are out there, where they live, and in-game you have more EXP toward new levels. [caption id="" align="alignnone" width="248"] 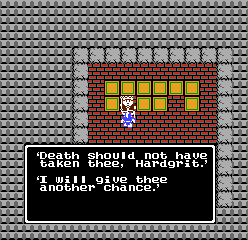 If you fail at business, you get to try again or just get a normal job again! You’ll figure it out![/caption] Life can be just like that if you can overcome our natural fear of the unknown. I don’t enjoy rap, and I don’t agree with most of the ideals of 50 cent, but this book about his life was the first time I saw someone analyze human fear and how it holds us back in business.

Don’t let outside forces gobble up all your money as an entrepreneur[/caption] Videogame players know that success in the RPG world is all about min/maxing. That means you buy what’s going to help you most first, and you do the things that will play to your character’s strengths. [caption id="" align="alignnone" width="500"] 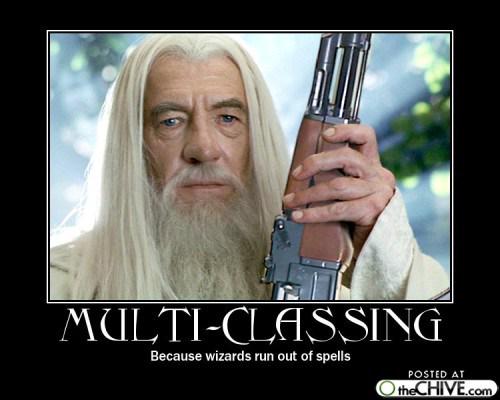 It is true an entrepreneur has to do quite a bit of this at first, until you have a real team![/caption] When you go to a new town, you naturally make a beeline for the weapons and armor shops. They give you huge boost in power. There is no way any normal player would spend money on potions or old armor just to collect to them in your inventory. You have almost no inventory space so you have to cut out all the crap you don’t need for your trek into the next dungeon. [caption id="" align="alignnone" width="256"] 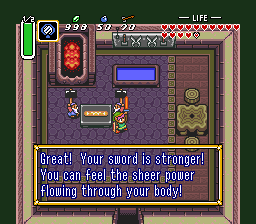 If Link was content with a non-entrepreneur life, he might spend his extra rubies on embroidered designer tunics and butterbeer binges. But he spends his money on stuff that will get him to quest’s end![/caption] The biggest fear of people quitting their job is the flux in their paycheck. I know one very talented event professional who gets a ton of high-end clients. He’s won awards for his work and he does tons of weddings and corporate business. He’s married and without kids. And he still has a day job. I don’t want to speak on his situation, but I know if he wanted to, he could quit that day job today and focus on his business full-time. When I quit my job, I was adamant that I could sustain myself on the minuscule revenue I had coming in, because my time and freedom were more important than money. It would allow me to build a business that would make me far happier — and as a by-product, more money eventually — than spending 8 hours a day at a desk focusing on work I wasn’t connected to. Most people begin their side business by working on it night and weekends, but eventually you have to choose where the best use of your time is versus money and happiness. So like an RPG player, just spend money on what’s most important and what will get you by until your business is rolling. For me, it was rent and the essentials. [caption id="" align="alignnone" width="248"] 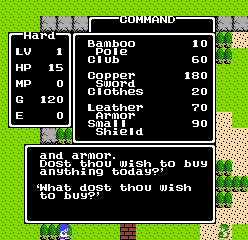 When you’re in survival mode, you don’t waste money on stuff you don’t need.[/caption] Don’t go out to eat; make cheap food at home. Don’t get sucked into consumer culture of material stuff that you know won’t make you actually happy, like new clothes, movies or new videogames (I’m sure you have access to tons of older, cheaper games you’ve never beaten before!) Set a base limit of how you can get by: your immediate bills. Find ways to cut costs, like getting rid of cable or downgrading your expensive Internet plan. Sell a few things you don’t need and don’t affect your happiness. The freedom and joy of being self-sustaining financially trumps every modern extravagance, believe me. When you can min/max your life financially, unchaining yourself from that desk job will seem much less frightening! 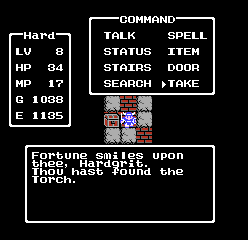 8-bit inspiration![/caption] History has not been kind to some genres of games, Japanese RPGs probably being the biggest example. The plodding quest of Dragon Warrior — which all of us who had a Nintendo at the time remember — was so unique at the time though because there was nothing else like it. It was actually exhilarating to make it to a new town or find a new monster. Playing it is actually a lot like being an entrepreneur: it’s a slog, it can be lonely, and you have to decide for yourself whether the journey is worth it. [caption id="" align="alignnone" width="800"] 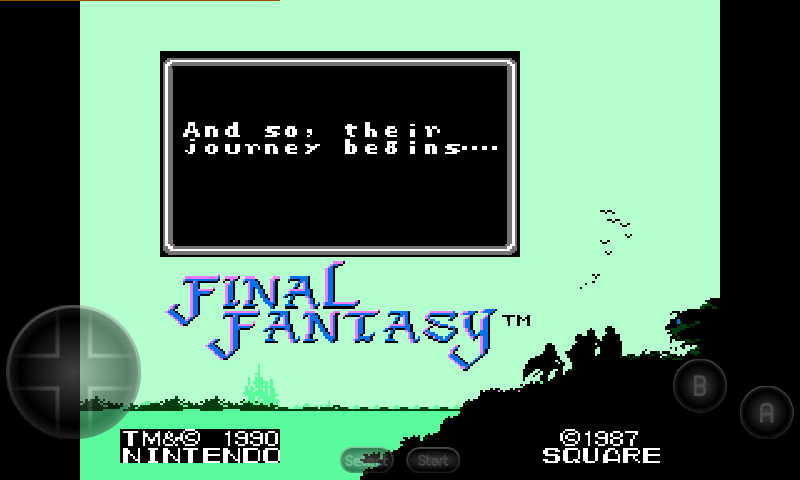 From Final Fantasy 1, but appropriate![/caption] For the modern gamer, the game does not exactly incentivize you to keep playing like a modern EA game does, for instance, with press-the-pleasure-button gameplay hooks. You just have to want it! One of my associates who’s helping GDL grow loves Dragon Warrior to death. Probably as much as I love running Games Done Legit and experiencing the entrepreneurs journey. So those are my 4 things Dragon Warrior teaches you about starting a business. Beauty (and business) are in the eye of the beholder!

4 Things Every Entrepreneur Can Learn From Videogames

How Videogames Inspire to Keep Me (and My Business) Going