business, I need to share with you the one huge mistake businesses are making with virtual reality marketing. As a consumer or marketer, you must know the difference between good and sucky VR. At least check out the pictures and videos! But if you want to be expert, read! If you remotely care about virtual reality marketing, at least read the bold stuff, you will thank me! Editor’s note: At Games Done Legit, we don’t blog for SEO or clickbait. We write about topics we’re passionate about and hopefully can provide something useful to you. Read over coffee, leave it open in your browser, and finish later!

Spring Fest is hopping at @landerhaven with Star Wars #VR!

In ACTUAL Virtual Reality, you can walk around, wield a lightsaber and feel like a Jedi.

It’s really amazing, because it can make you feel you’re in a totally new world unlike any other medium, doing and learning amazing things. So it makes sense businesses are starting to use virtual reality marketing. 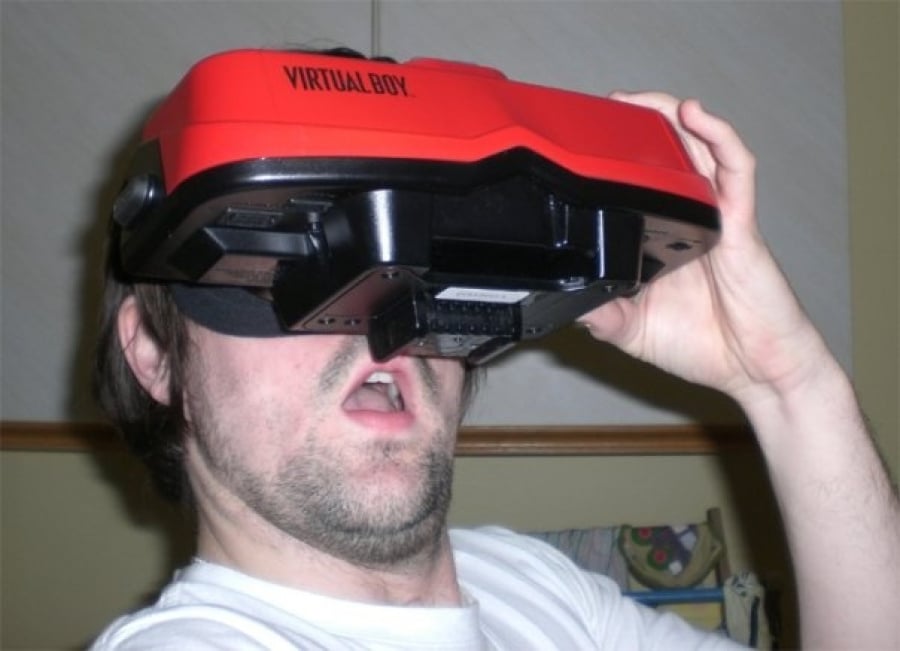 In bad VR, the user can’t move around and is watching choppy video that can actually make them ill.

I’ll do my best to explain why I’m so alarmed by most virtual reality marketing right now. I would actually take the Nintendo Virtual Boy, a crimson-colored hell that gives literally gives you a migraine after 15 minutes, over a lot of promotional “VR” content I’ve seen. A friend forwarded me a story about real-estate companies patting themselves on the back for using Virtual Reality marketing to map and display their properties. VR is cool and immersive, right, so doesn’t that sound both enticing and effective for showing off buildings?

Do you still know anyone with a “dumb” phone?

Our perceived definition of a phone” has changed, because the smartphone has changed our culture, and we and almost everyone we know has one. A phone without Internet, a large screen, and streaming, is probably not what you think of when someone says “I got a new phone”, right? (Unless you’re a cast member of The Wire). “Virtual Reality” has been a blanket term applied to any experience you can slap on a headset and look around in all directions, whether it’s a $5 or $5,000 unit, because almost no one understands: A: The types of VR available, and B: How VR can best help businesses, educators and consumers.

Derp. I need to ask one more question to lead us to the point:

Can you tell when something sucks?

Now, I am all for civil discourse, and finding the beauty or value in something that’s imperfect, and a world that isn’t black and white. But from a consumer perspective, there’s  a line where you just implicitly know (just speaking for yourself) that a product or experience, “sucks”, right? “That movie just plain sucked.” “Man, this sandwich sucks.” “That meeting really sucked.” Well, the VR most businesses are using sucks. And the consumer can tell it sucks. As much as a dumbphone in 2017.

Why would anyone still use a “dumb”phone, by the way? Two reasons: it’s cheap, and it’s simple.

How often has a piece of cheap and simple technology wowed you?

Commit this to memory! We like new technology to be amaze us, to be transcendent — to make us see the world differently. I remember the first time I saw Super Mario Bros. on Nintendo: I played a lot of Atari and Commodore 64, but there had never been anything, anything, like Super Mario. When Mario ran to the right, the screen kept going with him! You didn’t need to understand the hardware, or genius of the programming, to understand that this was incredible and you’d never seen a game do that before. And Super Mario 1 is still fun, 30 years later, we see based on event demand for original Nintendo! You might have felt your world change when you saw Space Invaders, or Pong, or Star Wars, or a smartphone, for the first time.

That age-5 Mario 1 feeling of wonder: No tech gave me that feeling again until 30 years later. I had experienced good Virtual Reality.

Being on stage with Cirque de Soleil, and I could look around in any direction … I felt like I was there. I understand in an instant how VR would change entertainment forever. And it’s so much more.

The reason half of consumers “just aren’t that interested” in Virtual Reality right now is because the “VR” they’ve most likely tried or heard about is cheap and simple.

It’s not a Mario 1 feeling. It’s the throwaway novelty, Oh-neat-but-I’ll-never-use-this-again try on a Google Cardboard. 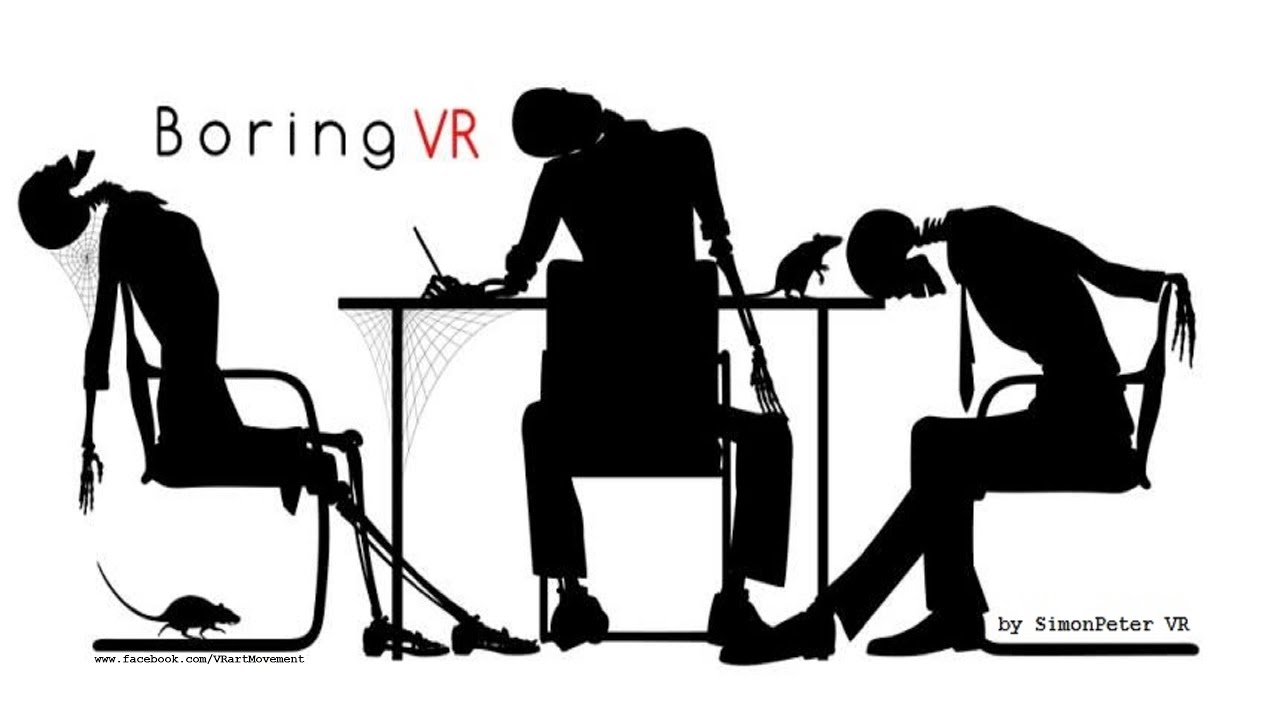 Cardboards are the “VR” that you see at the store for $5 – 40 and work with any smartphone. The New York Times even gave one for free to more than a million subscribers. After talking to a bar-mitzvah client one day,

I realized the massive mistake that’s hurting VR adoption and comprehension among the masses.

A: Google Cardboard “VR” for the most part sucks. B: People are trying “VR” content that sucks, on a device that sucks. People are experiencing poor virtual reality marketing and entertainment because the loudest voices talking about it don’t understand it.

It’s literally cardboard and fish-eye lenses. What did you expect? I wish Cardboard didn’t suck. It would be 1/4 the cost to get 30 Cardboards + smartphones for our school programs than 30 Samsung Gear VRs + Galaxy S6es. But, I’ve tried so many phones with cardboard.

The experience is consistently way too choppy for us to use on events or in classroom.

In making a catch-all solution, it’s not optimized for any device. The same phone running the same video in our Gear VRs vs. Google Cardboard is like night and dry.

Just as we thought, #VR will be pretty amazing in classrooms across the country! The lucky kids at Horizon Education Centers are getting a first look at VR today and they seem to love it! #VR #VReady #gearvr #edugaming #education #gaminginschools #seethefuture

Samsung Gear VR is a wonderful entry-level experience that can show you the magic and promise of VR. Reasons why: 1. In VR, if the framerate is not 100% smooth, it can make you feel nauseous, queezy, and convinced: “This one try of VR made me feel ill, so VR must make me ill.” 2. People don’t know what content to try because there’s almost no one to “filtering” through the cesspool of lame 360-degree video content. So everyone tries a VR roller coaster, which literally makes the human body ill in VR, they might think all VR makes you sick. [embed]https://venturebeat.com/2016/04/28/samsung-shows-off-its-virtual-reality-rollercoaster/[/embed] Uh, yes. Because it’s a terrible idea and the people making the technology should know that. A business, whether you’re in corporate entertainment, training and team building like us at Games Done Legit, or looking at virtual reality mnarketing, needs to:

Understand both the tech and client needs. Use the VR equivalent of Super Mario.

This blog post is a message and challenge to all fellow of tech advocates of how VR and AR can change business and education forever. We have a responsibility to educate the consumer on this world-changing technology, because people simply cannot believe it when they try their first REAL VR experience, time and time again. This is how Virtual Reality should impact people the first time trying it. These are the reactions we get when VR is done right! Walking around and creating inside your own art, witnessing the Cleveland Cavs winning the 2016 Finals as if you’re there, dodging lasers like you’re in The Matrix … VR lives up to the hype when it’s done right. Dare I say, legit. I hope this inspires you to seek out true VR experiences and you’re learned the one huge mistake companies are making with virtual reality marketing:

Please note: I’ve not tried Google Daydream, but the Samsung Gear VR has a lot of great content and works with flagship Samsung phones going back to the Galaxy S6, which can be had for $200 on Amazon at the time of this writing. And the commercials are sweet. If you want to learn more about Virtual & Augmented Reality and Gaming impacting the workplace and classroom, feel free to connect with me through our corporate events site or LinkedIn! ]]>
Tags: Cleveland Virtual Reality, virtual reality, virtual reality for business, virtual reality marketing

Who Cares About Virtual Reality? The easy answer