“I wanna play Street Fighter, too!” Courtesy of anyycolouryoulike ![/caption] (One great thing is now I don’t ever have to explain what “augmented reality” is — I can just say “It’s Pokemon Go!”) I’ve written before about the difference between videogame and video game and why it matters for the hobby of gaming. The point is quickly becoming moot, thanks to Virtual Reality and Pokemon Go! As technology becomes more and more integrated into our lives and our hobbies, it’s almost to the point where we need a new word for “interactive entertainment experience” (because that phrase conjures up memories of grainy, full-motion-video encyclopedia entries from the ’90s.) Pokemon Go is not a videogame in the traditional sense. In the “game” portion, it’s just about collecting and exploring your real world than accomplishing an objective or dominating players/the computer (what most videogames boil down to). [caption id="" align="alignnone" width="970"]

Anyone have a clever name for this drink?[/caption] In fact, my wife-to-be “hates videogames” (per her blog here) and she’s obsessed with it. It does have some of the key motivators many modern videogames have though: customization, always-on gameplay, cooperative competition, and the “I have to get one more!” feeling. Beyond that, despite news reports that Pokemon Go will lead your kids into strip clubs, Pokemon Go is one of the most powerful examples in years of the positive social power of interactive entertainment! 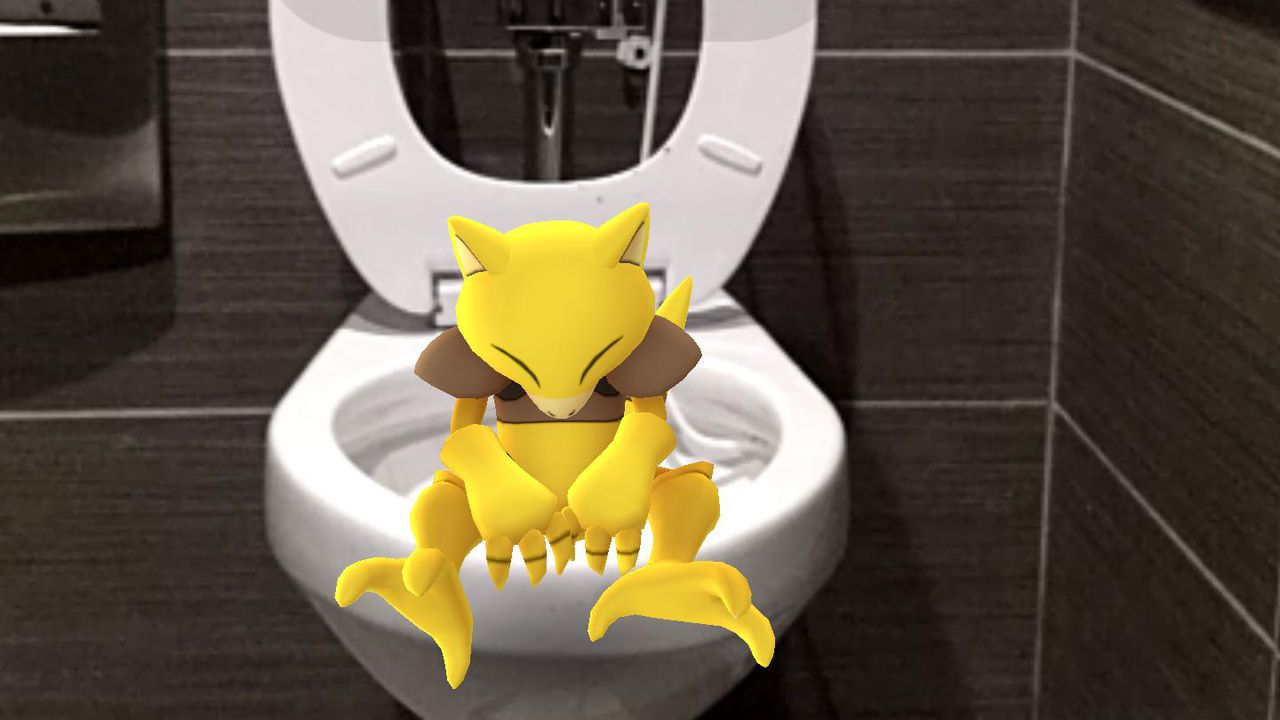 Pokemon Go is proving to be a powerful motivator to try a new restaurant, visit a beautiful church, or go to a tournament. There are tons of articles and tweets out about millenials going to museums, sometimes for the first time, to catch Pokemon. [caption id="" align="alignnone" width="750"]

“I just wandered over here because my claw looks like his beak!”[/caption] Complaining about people going to museums for Pokemon is like people who whine about people going to the Symphony to hear film soundtracks. Similar to how we run Games Done Legit videogaming programs at Northeast Ohio libraries, these institutions are smart to find creative ways to attract kids, teens, and younger adults to their facility.

In just a week, I’ve heard story after story of how many miles friends have walked for Pokemon Go. 6 miles, 7 miles … it’s a long-dead stereotype that gamers are lazy, but Pokemon proves above anything how motivating games are to us! If you gamify something and it’s just fun — anything — people are more willing to do it, right? Gamifying exercise is by far the most motivating way to stay in shape, as you know by anyone who uses their fitbit to keep track of friends’ steps. This is just taking it the extra mile! The most intensely I’ve ever worked out is through playing competitive Dance Dance Revolution — I was super movitated to get scores, and the physically draining exercise is just an awesome by-product. The more games we can leverage for positive outcomes, the better off our lives (and education system) will be! “The lure was supposed to bring Pokemon. But what it really brought was these people together!”[/caption] I’ve been telling people for years that playing fighting games and Dance Dance Revolution competitively did a lot more for me than keep me in shape and hone my quick-thinking and reflexes. One of the best things about passionate gaming is that you’ll meet people of all different backgrounds, races, economic statuses, and career paths. And despite gaming’s rep as a sometimes-solitary activity, even single-player games inspire people to meet others to strategize or just gush about games they love. Within days fans made a Pokemon Go Cleveland subreddit and multiple Facebook groups, and I’ve heard countless stories of people banding together to go on “hunts.” One of the most underestimated benefits of gaming is the conversation and friendships it can spark, and the wildly popular Pokemon Go is showcasing this like no game has in forever. So next time anyone gives you flak over your Pokemon Go obsession, now you can tell them all the amazing ways Pokemon Go is making your life better (in between your search for Legendary Pokemon, which could be just around the next bend …) [caption id="" align="alignnone" width="675"]

Just be smart out there, Trainers.[/caption]]]>
Tags: benefits of gaming, gaming for good, pokemon go