I spent way too much time in college playing The Sims 2. I just liked it.[/caption] I have always been a bit biased towards videogames – I’m a book lover and an English teacher, and I mostly viewed them as a violent and sexist waste of time. I’m still not sold on a lot of games (I’m looking at you, games where people are violently executed and large boobed women prance around the screen).  However, in my time as the first lady of Games Done Legit, I have come to appreciate some elements of gaming. Compelling Storytelling This winter, I spent many weeks recuperating from surgery.  I could barely move and was completely bored – Mass Effect to the rescue! [caption id="" align="alignnone" width="337"]

Commander Shepard – male or female (your choice) she’s one of the most maturely written lead characters in a videogame to date.[/caption] I fell in love with the crazy alien characters, the beautiful and diverse planets, and the complex story arc.  This game engaged me in a way games haven’t before.  Not to mention, the protagonist can be a strong female captain – yay feminism!  I was on the edge of my seat for the majority of the game, and the ending was thrilling.  While I haven’t played much of the sequel, I am excited to try, and that is definitely a change from my previous gaming history. Revisiting a Beloved World I used to read The Lord of the Rings once a year … the books were my literary comfort food, and I spent hours chilling with hobbits, elves, and men.  I was sad every time I had to leave Hobbiton or Rohan. Chris started playing LOTR: Shadow of Mordor a while ago, and it was so exciting – I was back in one of my favorite literary landscapes!

I loved the ties to the books and the careful attention the game designers paid to Tolkien’s detailed descriptions of the history of the One Ring.  I look forward to more games that place me within beloved literary settings.  Now we just need a Little Women RPG … Childlike Wonder One of my favorite games is literally made for children: Skylanders – yes, you heard that right.  While I bemoaned the expense and the game’s obnoxious penchant for making you buy more characters with each new version, I did love exploring the world and battling bad guys.

The game is totally accessible and just a tiny bit goofy, but it provided Chris and I hours of winter fun.  Plus I got to play as a Pegasus I renamed “Windjammer.”  There’s nothing like a few hours of being a kid again. [caption id="" align="alignnone" width="523"] 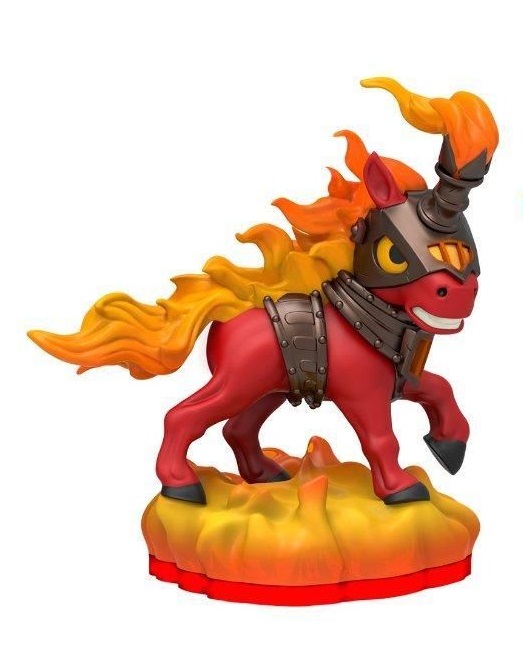 Trail Blazer — aka “Firewhisky”![/caption] I’ll keep you updated on my journey into the world of gaming.  If you have suggestions for other games that I can contribute to my tale of “how I stopped hating videogames”, let me know in the comments 🙂 Game On.]]>

“The Healing Power of VideoGames” or “Mass-tectomy Effect”

"My Girlfriend Hates VideoGames" and How to Fix that: Act 1