“He’s already got an Atari, he doesn’t need a Nintendo!” my mom said impatiently to her dad (my grandpa), when I was 5 years old. I had seen Super Mario Bros. at a demo kiosk at Kiddie City, and nothing in the world was like anything that had come before it.

As Mario ran, the screen scrolled to reveal his path so smoothly, it was as if the Mario I knew from Donkey Kong and Mario Bros. was real. It’s easy to take for granted now, but Super Mario 1 was basically The Beatles of videogames. Yeah, there was stuff before it, but these guys changed everything, forever.

My grandpa was a lifer at IBM but recently retired. He’d also been an Air Force Ace in World War II. He had an engineer’s mind (he seemingly could fix anything, so we called him “Chewie” – though not to his face!) and a deep love for his only grandson. 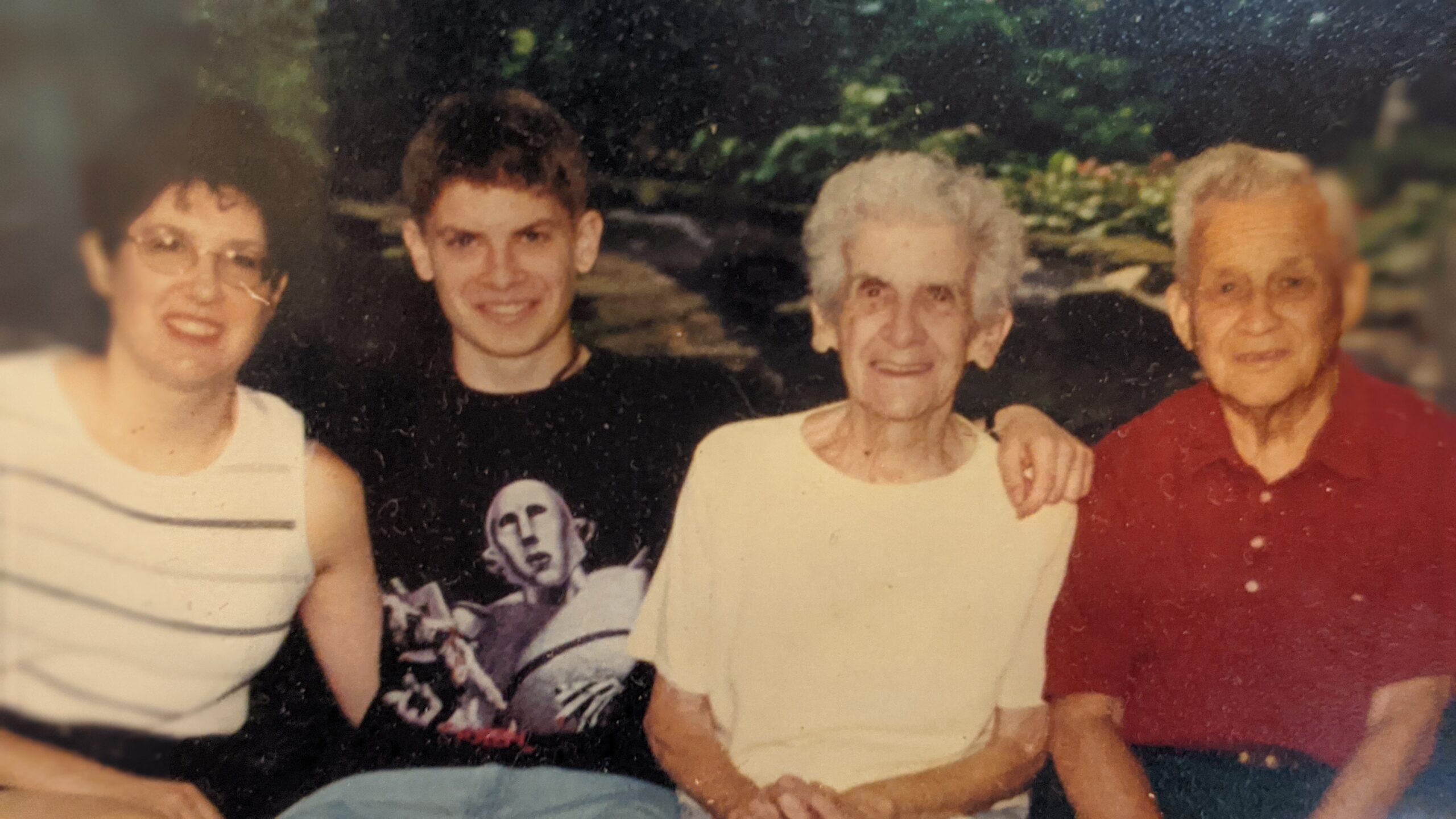 My mom, grandma, grandpa and I at Seven Springs in PA, where my aunt would give me a roll of quarters. It was the first place I saw Street Fighter II and Mortal Kombat, which built my tournament that led me to start Games Done Legit.

Grandpa was a skilled flier and could have even purchased his P-51 Mustang after the War, but my great-grandmother did not let him live his dreams, nor did she let him go to college on the G.I. bill. He had to work now to make money for the family. In spite of this, he had a long career at IBM as a technician and then manager.

Grandpa bought me my first Nintendo Entertainment System (with Mario/Duck Hunt), my first computer (at age 4, a Commodore 64), and my first PC at 9. Because of him, I had a massive advantage my entire life when it came to technology and videogaming. If not for him and that NES, I don’t know what the heck I’d be doing today if I hadn’t found my passion in entertaining people through videogames and VR!

He was extremely tough, but died of pancreatic cancer when I was a freshman in college, in 2001 (for the first two years of chemo, he’d right home and mow the lawn, no matter how many times I said I’d do it).

Lucky for me he did tell me many war stories that even his kids never heard. We were very close. I was his “little buddy”.

In 2016, my wife and I traveled to English for vacation, and I was able to see the airfield at Leiston where he flew out of. There’s a small preservation society there and even a little museum (with photos we’d never seen of Grandpa!).

My family is incredibly fortunate that my grandpa made it through the War, and so successfully, no less. When I got my first ever high score in a videogame, he suggested the initials “ACE”, which I used on games right up until I started my company in 2013 (now it’s “GDL” — I have to make my own path).

I hope you have someone special in your life that served our country bravely and come through intact. I owe so much of who I am, what I’ve accomplished, and what I do to my grandpa, the Ace.

Cheers to all vets out there and your families!