Cleveland Clash 2 is in two days, and by all accounts it should be a pretty sweet tournament. I’m excited to see the Great Lakes region’s enthusiasm for a regular event. I’ve been awesome meeting new people and seeing old friends. And it’s great to try offer you all perks like casual stations, free retrogaming events and setups, and an event you can be proud to support by way of also benefitting charity. In my blog post about the results of Cleveland Clash 1, I laid out as best I could my reasons for starting up another tournament series for the region, despite all that’s transpired for me at the international FGC level in the Season’s Beatings years. I forgot to mention one thing. I can’t tell you guys how much I miss playing in tournaments. The older we age, what chances do we really get to test our skills for recreation? For many of us, as the years roll on, we’ve got less and less time for competitive fun. For those of us who’ve been playing in videogame tournaments for years, it’s hard to turn off that switch and go from competing in something you love to … never getting to compete in anything.

OK, we’re not as bad as Big Boss (at least I hope you aren’t). But not competing in tournaments has left kind of a “hobby” gap in my life. Even though I long ago (about 2005) gave up the drive to win a major (I realized I’d have to move to the East or West Coast to have the nation’s best competition), being able to sit down and play tournament matches at Cleveland Clash made me remember how fun it is to compete. Even though I’m 100% focused on entertaining other people through gaming events now as a career, there’s nothing like the atmosphere of playing in a bracket (big or small) against other guys you know are worthy opponents. Tasting victory in a zero-sum game is always sweet, and (even though we don’t enjoy it) losing builds character and sportsmanship, and it helps you expand and level up your game. Mostly, it feels good to test yourself, I think. To see how you stack up against your peers. Playing just for pure fun — meaning you literally don’t care if you win or lose — has it’s place, too, but tournaments are the rare time we get to experience true combat as gamers. As we grow up and our responsibilities become greater and greater, it becomes harder to make time for pure competitive gaming when so many other things in our life demand attention. That’s why I’m happy to be hosting Cleveland Clash, despite how much it sucks to move all those ludicrously heavy tables plus 80 chairs up and down a flight of stairs every month — I’ve been a gaming event director since 2006, but deep down I’m a player like you all, too. Why do you still love competing? Let us know in the Cleveland Videogames facebook group, or hit me up on Twitter (@GamesDoneLegit). 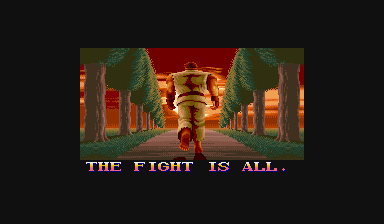