Gamers, I’m going to do something videogames do to us quite a bit: ask you a question, to find out once and for all, is videogame one word or two? Q: What is a videogame? A: An entertainment activity in which players operate a simple device to complete tasks digitally. B: A new entertainment medium rivaling the cultural significance and revenue of film, TV, art and literature, but which exclusively relies on the resilience, reflexes and mental functioning of the participant, to interact with both AI and other humans to achieve their individual, unique goals. C: A miserable little pile of secrets. They’re all “true”. But If you answered B, for you, this question is worth exploring. (If you answered C, I’m glad you love CastleVania as much as I do. Have at you!!) Ironically, it’s a videogame series that leads me ask this question: what is the difference between “videogame” and “video game”, and more importantly why does it matter? I’ve been writing “videogame” since I was a little kid who started playing Atari 2600 and Commodore 64 at 3 years old, in 1985. I think it was because of how I say it. I got so giddy over gaming that I can’t help excitedly turning the word into a three-syllable mushjob. “VIDYOGAMES!” It also just made sense to me. I’d see “videocassette” written out and lots of “video-” words are compound. With videogames being this new thing it just made sense to have its own term. Once I began the head copy editor on the daily Ohio State student newspaper, The Lantern, though, style guides and grammar became not just hunches and afterthoughts but real issues with real meaning to a huge publication and its audience.

No idea if The Lantern still follows it, but I implemented “videogame” as news editor/head copy editor during my stint there Unless you’re a special kind of obsessor over the English language, I’m sure you can care less if the New York Times writes “‘60s”, “1960s” or “1960’s,” but it’s actually pretty sweet to learn how small differences in grammar, spelling and punctuation can fundamentally change the meaning or philosophy of a sentence — or a word. So I made “videogame” one word for Lantern style, even though the Associated Press Stylebook (yes, that’s one word) still listed it as two. Which I understood the AP’s stance (or non-stance), they don’t like change. (“Web site” finally became “website” officially during my tenure — it was 2004 and they finally succumbed to popular lexicon.)

Video Gaming! Here in Las Vegas I got all excited till I realized they meant “video games” — slot machines! Videogaming is my hobby … video gaming is not I figured the Internet and mainstream media would figure “videogames” out too, just like we stopped writing “web site” and putting technology like “modem” in quotes in consumer manuals. [caption id="" align="alignnone" width="1440"] 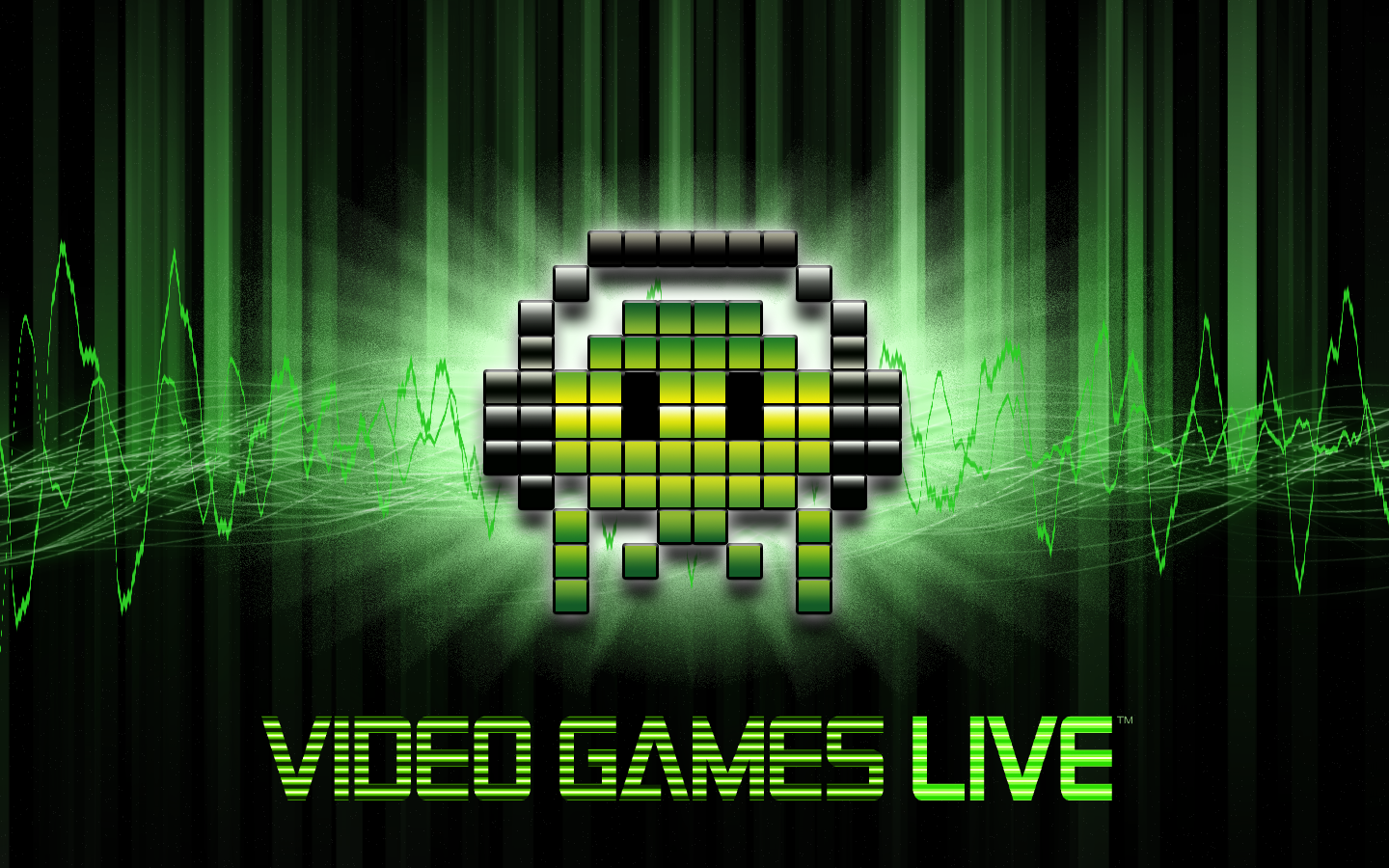 Dammit.[/caption] But Google hasn’t. Neither have most games “journalists” for that matter despite that there actually is a “Videogame Style Guide” written by some of gaming history’s most respected and seasoned editors. (By the way, look for an upcoming feature on why games “journalism” by its own definition is an oxymoron.) Just Check out this forward written by one of the pioneers in the world of games writing: “ … it’s not just Little Billy Pokégamer who’s reading about videogames. The average age of my magazine’s readers is over 21 years old. Heck, the average age of gamers in the U.S. is over 29 years old. “And for videogame writing to be taken seriously by adults, it has to be written for adults. “That doesn’t just mean correct grammar and spelling (though those are musts, obviously). It also means a level of consistency that shows writers aren’t just pulling industry terms out of their asses (or worse, Wikipedia).” — Dan “Shoe” Hsu, Editor-in-Chief, EGM: Electronic Gaming Monthly

So what does this have to do with whether videogames is one word or two? The key phrase in that sentence is videogames writing to be taken seriously. OK, so note that copyeditor is one word. Why is that? It’s a dude who edits copy, right? To put that in context, let’s examine the argument for keeping videogame as one word. I’ve heard people say:

Number three is at least a valid talking point. Board game IS two words. They argue “videocassette” is one word (how absurd does THAT look compared to “videogame”?) because the cassette is not literally “video”. The magnetic tape contains tape, but the object itself, on its surface, features no video image. You need a cassette deck and a television (one word) to see anything, right? So if the tape itself could project video on your wall, it would stay two words. I guess. (Hey, I didn’t author this line of thinking, I just troll message boards). So back to: Is videogame one word? They say it’s a game played out in video, just like Monopoly or Hi-Ho Cherry-o or Settles of Catan is a game, played out on a board. Well, let’s go back to the first question I asked you. If you’re reading this far (gamers are not known as readers, which is another myth — think of how much text we read even in a 16-bit RPG) you probably answered “B”. [caption id="" align="alignnone" width="640"]

It’s Centipede video slots: video games or videogame?[/caption] It’s a new entertainment medium, completely separate from anything that has even been invented in human history. And it’s a disservice to them to compare to call them “video games” now. [caption id="" align="alignnone" width="580"]

Is this a “video game”, to be in the same literal use of the word as pixels moving around on a screen? To share the same word as a medium with video slot machines and Pong?[/caption] If someone says they like board games, do you first think of chess? I would guess no. That’s because while it shares the fundamental end goal of Chutes and Ladders (to win), the complexity, strategy, and timelessness of chess supercedes its base nature of literally being a game played on a board. Chess is still a board game, by definition, for the strict interpretists out there. But for the literalist who argues for “video game”, what is chess when it’s played on a PC? Now it’s a “video game” instead? A video board game? A video-board game? (See my note on compound modifiers if you don’t know what that hyphen means.) If it’s still just a board game, that means “chess” and “board games” can supercede the original, literal definition of its classification.. Even with the game of chess’s eternal nature fixed (the object is to beat the other player) its nature as a “board game” can change. Thanks to the times and technology, the definition of videogame has changed. Pong is a video game. Metal Gear Solid, EarthBound, Shadow of the Colossus, Seaman, Wonder Project J2, World of Warcraft, Destiny, Mario Paint, Elder Scrolls, Call of Duty, Grand Theft Auto V: these are videogames. Calling them video games is like calling Casablanca a TV show because it’s being viewed on your television. The object of a videogame is NOT just to win. Much of the time, there is no one object anymore. The object is to experience — to play a videogame that way you want to, as a unique entertainment medium. It’s just as much on you, the player, as the game developer. [caption id="" align="alignnone" width="1280"]

This is a “videogame”, not a “video game”.[/caption] I cannot reduce Metal Gear Solid 1, 2 & 3, with deep meta themes that question human nature, genetics, and reality, to a “video game”. Some flashing lights and simple tasks were not what inspire me to this day to think about lessons and questions imparted through the developers to me, through this interactive medium. The point of Metal Gear wasn’t to win, it’s to take away something important from your experience as a gamer, that’s just for you. When I beat “EarthBound” I’m not happy because I won the game. I’m happy because I was entertained by more than pushing buttons in sequence. I’m happy the game actually acknowledges me, the player, and my special role in guiding Ness, and helped me feel better about my real life, art and friendship. When I play ping pong, I’m just happy because I won. I play Dance Dance Revolution competively (of all things), as well as fighting games. Ironically if anything is a “video game” still, it might be these. As complex as they are to achieve in, and as many people love them, you are always just trying to beat the CPU or the other guy: hence, a simple “video game”. [caption id="" align="alignnone" width="460"]

DDR is a “video game” in the most literal sense.[/caption] So for the literalists, I agree with you on that. But many activities, like sports, become one word (basketball, football) even though those don’t NEED to be one word like videocassette allegedly did by the literalist definition (“It’s a ball that goes in a basket; it’s a ball that gets kicked around”). But of course they are now. Compound words don’t always form out of grammatical necessity. They happen because they become accepted, commonplace, and unique, new parts of popular culture. Writing “web site” or “foot ball” looks like you’ve been living in a cave for decades and never heard of them before. #socialmedia and #videogames Furthermore, not writing videogames as one word makes even less sense in the hashtag (note that hashtag is one word as well, when literally it could be two) age. I’m not saying everything needs to become one word (I’m not German), but certain terms clearly are meant to be, because we as a people are naturally doing it. And in fact I hope “socialmedia” joins it soon too. Just like videogames, social media is greater than the sum of both separate words. When you say social media, you know exactly what I mean. It’s not just media expressed socially (which by definition could mean I hand you a newspaper article) at all, nor is it something even practiced by just the media or something. We all are social media. The term is greater than the sum of its parts, with a unique meaning. Just like videogames. Grammar Note: Also, a quick note for the grammarful: anytime “video game” is used as a compound modifier, it needs to be hyphenated or it’s fundamentally changing the meaning of what you’re trying to say. “Video game journalist” is a game journalist who is shown on or exclusively uses video, like Max Headroom if he talked about Final Fantasy or something. “Video-game journalist” would be a journalist of video games. A “high-school student” is a student in high school. A “high school student” is a school student who is high, either because of his friends or illegal substances. Games are greater Videogames are much greater than the sum of its word parts, now in 2015 more than ever. And as technology futher advances, they will become even less about the game and more about the video — the experience and social power they bring to millions around the world. Either way, “videogames” has it covered. TLDR; Video Games are games played through on a video-enabled device. Videogames are a hobby, a culture, and the most interactive and social entetainment pastime in history. “Games Done Legit” is GDL Entertainment, and that starts with how we represent videogames! What do you think? As an appreciator of the hobby, I would love for you to hear your thoughts on “videogame” and “video game”! Talk to me — Chris Hatala, Event Director/Final Boss of GDL — anytime on Facebook or Twitter (@GamesDoneLegit)!]]>
Tags: video game, video game two words, videogame one word, videogames, videogames one word